Xbox music service has gained the inevitable de facto standard of music entertainment in India and abroad. It has become so popular that it has become all-time favorite pass time for all. Much has been written about this service in news and media. Ever since it was launched in web stores there was much awaited discussion about its credibility and quality.  Xbox is a service which is given by ad supported streaming, subscription and purchase of music .This service belongs to Microsoft and it can be obtained from Xbox music stores. This has gained immense popularity in recent months. 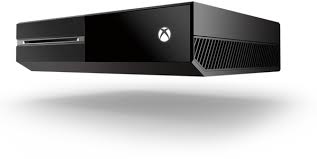 The Xbox had developed unique method to access music for its customers. Music from worldwide can be obtained by free streaming from purchase. For free streaming it is mandatory to have access of music through ad supported windows 8 devices and windows RT. This service is valid in 30 counties and the user can have access of music from 30 million tracks. This is very convenient and the user finds it so fascinating that this a million download every year.

Yet another service is  Xbox music pass where the user is required to pay for the music download in form of subscription. The rate is very down to earth so that even common man can avail service. This is a niche feature of Xbox and it makes it a favorite for all. These easy downloadable features with excellent quality of music delivered from around the world makes Xbox the very easy to use. Microsoft has done wonders to make Xbox a must for all.

Another feature of Xbox is that this can be access from any platform. Whether it is Xbox gaming console, tables or PCs having windows 8 Xbox can be accessed from anywhere. This service can be availed form anywhere if the device is having windows 8. Windows 8 is multidimensional operating system which has grown to become the de facto standard of mobile computing and connectivity. Xbox is heavily dependent on windows 8 so it can be used from any connected device. Xbox music service can be utilized form smartphones also.