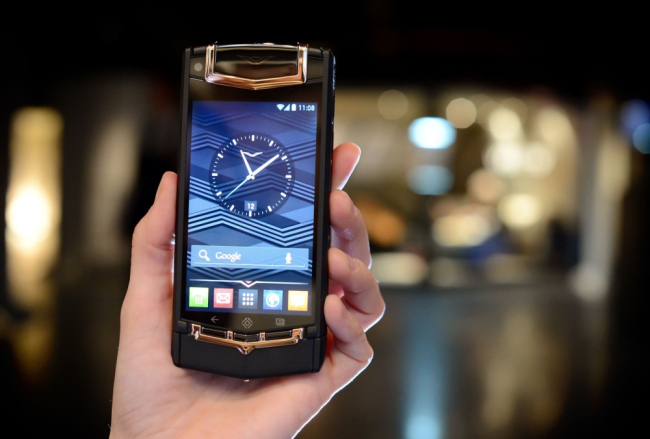 The Vertu TI is considered as one of the of the strong candidates of the luxury phone market in India, this is a burgeoning and growing Smartphone market in India. Vertu has already introduced some expensive Smartphones in India, and they are not going to stop their trend. They have proved it by launching the Vertu TI Luxury. The image of this extremely high priced phone is given here.

Vertu has packed their latest device with with some good features. This Smartphone will run on a dual-core processor at 1.7 GHz speed, it sports the Android 4.0 Ice Cream Sandwich as the operating system on it. The phone also has 1 GB RAM and 64 GB built in storage. The specs of this device are briefed shortly here.
• Processor- Dual-core 1.7 GHz processor
• Operating System- Android 4.0 Ice Cream Sandwich
• RAM- 1 GB
• Internal Storage- 64 GB built in storage, also available 32 GB MicroSD card
• Camera- An 8.3 megapixel rear camera and a 1.3 megapixel front facing camera
• Display- 3.7 inch large WVGA screen with capacitive touch
• Resolution- 480 x 800 pixels
The specs are not anything outclass, but the main reason for the mind-boggling price of the Vertu TI is its metal ingredients. It is reported that the individual parts of this device are made in England. The main body of this device is made with titanium with crystal screening, that makes it completely free from any scratching.
The Vertu TI was first globally launched in February, 2013 and now it is available in India. The company says it’s a product of decades, and you can buy this luxurious product at Rs. 6,49,990.