Most of the Android running hybrids are tending to the phablet size. But, when it comes to choosing the right tablet for your multitasking needs and speed priority, then a Quad-core built tablet would be your most tangible option. In order to make it simple for you, we’ve come with the top 10 Quad core Android running tablets in India.

It’s powered by the quality Exynos 4412 Quad-core Processor with a clocking speed of 1.6GHz. It equips 1GB RAM for better multitasking. It also comes with 8GB internal memory and better connectivity options like GPS, Bluetooth, Wi-Fi etc. You can have this by spending Rs. 16,990. 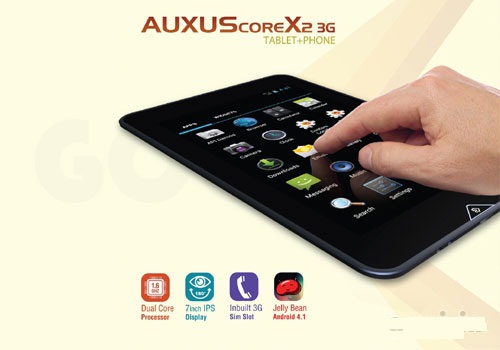 It equips a massive 7.9-inch display screen along with a resolution of 1280×800 pixels. It has a Quad-core CortexA9 processor. It supports 3G, micro HDMI connectivity tools etc. It runs on Android Jelly Bean v4.2. It has a VGA front camera and 5MP rear camera.

It’s one of the most amazing devices on the market right now. It sports a 7-inch IPS display screen with 1280 x 800 pixels of HD display. This great tablet brings a powerful Quad-Core processor and 1GB RAM. Its newer breed has been released on the market with higher display PPI.

Huawei is a great product and it has brought 10.1-inch tablet with IPS capacitive display. But it features lower pixel density, only 145 in this case. On the other side, it comes with Quad-Core K3V2 processor with 1.2 GHz and 1GB RAM.

It boasts a 9.7 inch display with 1.5 GHz processor. It features 1GB DDR3 RAM. Although, it’s unnecessary for tablets to have rear cam, it features a 2MP rear cam as well. It’s pretty cheaper option for the Android tablet lovers in the market.

It has a display resolution of 1024×768 pixels built on its 8-inch screen. It houses a massive 5400mAh battery. It’s available for 3G connectivity but it doesn’t have any option for Bluetooth which is a pretty disadvantage of the device. It has internal memory but support expandable solution. It has a Quad-Core processor as well.

It’s a great addition in the Note series. If you need a bigger screen with a stylus for your note-taking scenarios, then Galaxy Note 510’s 8-inch capacitive touchscreen would be more than enough to serve you right. It comes with a price tag of Rs. 30,900 but it’s pretty amazing with its connectivity options and the touch of its stylus as well.

It’s a bigger tablet with the same features that we’ve seen in Sony’s flagship device as well. It’s powered by 1.5GHz Quad-Core processor and 2GB RAM. It will feature the most amazing specification in the tablet market.

It’s a great tablet for the movie lovers as it houses a 10-inch capacitive touchscreen with Quad-Core Tegra 3 processor, the one we’ve seen in Google Nexus devices. So, it goes without saying that this tablet would drop a bomb with its amazing specification and an affordable price range.