Where are the tech football sponsors?

The recent World Cup in Brazil was the most techie of any football competition held to date. Not only did we have the introduction of goal line technology along with filming of the event in ultra-high definition as a test-bed for future tournaments – but we also had all the communication that goes with such an event these days. 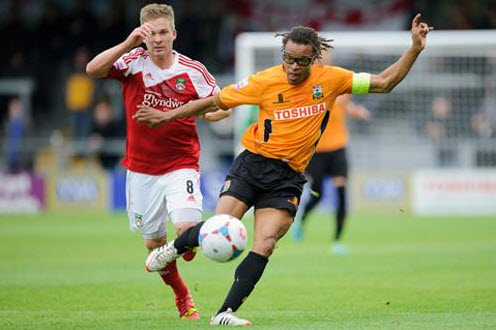 Just imagine all the footage that was shot digitally on mobiles and tablets – and all the data that were flying around this planet of ours as a result. And this is to say nothing of the worldwide betting market – which seems to be growing exponentially.

In short, football and technology are so closely inter-related these days, that it’s becoming increasingly difficult to separate the two, particularly for the big tournaments.

UEFA President Michel Platini has done an about turn and said he would now like goal line technology to be in place for Euro 2016, to be held in his native France of course. Perhaps Monsieur Platini’s judgement was swayed a little by the fact that France was the first country ever to benefit from this technology when beating Honduras 3-1 in the World Cup qualifiers? On the other hand, the Frenchman sees the £40 million price tag attached to the introduction of a similar system for the Champions League as being too high a price to pay. He would prefer the cash to go into grass roots development, he’s said.

Meanwhile, the all-powerful English Premier introduced its own version of goal line technology last year and seems to embrace technology more readily than other major leagues.

It’s easy to see why this is; there is so much at stake, these days, on virtually every Premier League game that no-one wants to see errors in the officials’ judgements playing too much of a role. Each point may be worth millions if not tens of millions of pounds by the end of a season. And each game also has millions of pounds gambled on it in myriad ways by tech-savvy gamblers these days. The Premier League odds on all games and for the overall outcome of the league are scrutnised for glitches and for their overall value by analysts, pundits and professional gamblers alike. And the ironing out of man-made glitches is generally seen as a desirable thing.

So technology looks like it will come to play an ever-increasing role in other ways that we can’t yet envisage, as long as it’s quick, and doesn’t detract from the action. The goal-line outcomes on-screen during the World Cup seemed to be welcomed by fans as part of the action in much the same way as fans of Rugby League and tennis at Wimbledon embraced their own technology additions.

But all this begs the question as to why there’s relatively little in the way of tech company sponsorship at the highest level. Techie online bookmaker Bet365 has now agreed sponsorship terms with West Brom for a two-year deal, to go with the world’s biggest online bookie’s sponsorship of home-town club Stoke City. And Chelsea have a $24m kit sponsorship in place with Samsung. But that’s about it – so it seems like there are some techies out there missing a trick?