If the year 2012 will be remembered as the year of quad devices, the coming year will be held under the motto “8 cores – Standard”. The first manufacturer of such chips will be the South Korean company Samsung, which plans to present 8-core processor in February. Samsung to build 8-core processor on the 28 – nanometer process. 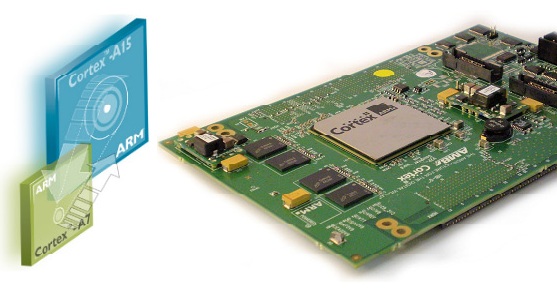 Essentially an 8-core processor will be a combination of two quad-core ARM architecture with a different frequency. So one of them – Cortex A15 – will have a frequency of 1.8 GHz and 2 MB L2 cache and another one might be ARM Cortex A7. This chip will be responsible for resource-intensive tasks (games, playback of Full HD video, download content, etc.). The other four core (Cortex A7 with slightly lower clock speed of 1.2 GHz) will be responsible for performing background tasks, which will help extend the work mode and execute simple tasks.
It can be assumed that the first Soup, working on the basis of an 8-core processor will be in the second half of next year. True, most likely it would be a tablet, as the processor will be big enough in size for Smartphones. Samsung may launch 8-core processor in Galaxy S4 or in the next version of Galaxy Note.
Let me remind you, this is not the only novelty to be presented early next year, the South Korean manufacturer Samsung just revealed the information about the new generation of displays that Samsung will bring to Las Vegas in CES 2013.