From the very bigining Nexus 4 owners banging their head to find out the way to use 4G LTE chip present in Nexus 4 manufactured by LG. 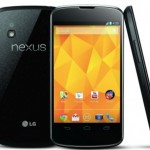 In order to provide the best possible specification for Nexus 4, LG utilised the same powerful Qualcomm Snapdragon chipset as can be found in its 4G LTE product, namely LG Optimus G.
This powerful chipset is only available with a combined processor and modem and cannot be implemented separately.

That simply means there is no workaround to use the 4G LTE chip presnt in Nexus 4 to speed up the device with some software upgrade or other tweaks. The main reason 4G LTE chip is unusable is because of missing necessary hardware such as a signal amplifier, filter and not software.

So as of now there is no hope for Nexus 4 users to get 4G in their phone.

LG Anti Mosquito – air conditioner which protect us against mosquitoes

LG Anti Mosquito - air conditioner which protect us against mosquitoes