The main reason anybody opts for the secondary app store is because of its ability to download and save .apk file directly on device. The Google play store doesn’t allow user to download .apk file of app for offline installation, that simply means you cannot install any app if you are not connected to the internet. There are some other reasons like some cheap entry level Android device does not support Google Play Store.

What Mobo Market does :

With Mobo Market app store you can install the apps, themes, wallpapers or games directly to Smartphone or tablet and save .apk file for offline installation. You can also share the saved .apk file via WI-Fi with other WI-Fi enabled devices. However there is no option to share the app file through Bluetooth right from the app. But you can always share the saved file through Bluetooth from the inbuilt file manager of the device. The app also offers some other features such as update alert, auto-install, delete Apk file after install and WI-Fi download alert. 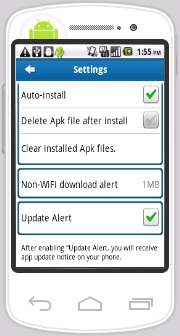 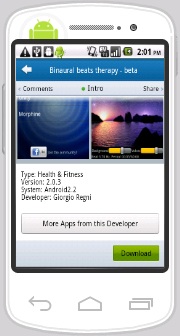 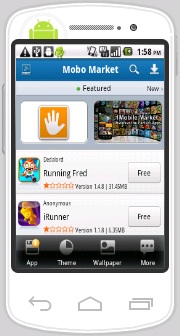 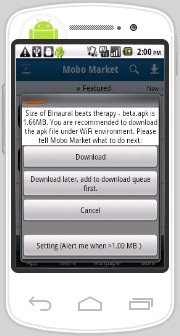 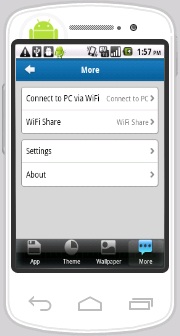 To stand out from the Google Play Store, Mobo Market app store also offer some other features such as filters, advanced sorting options such as, the best Android apps this week,  weekly top apps, total rankings, Most downloaded apps, New released etc. You can also filter the apps through specific category such as Entertainment, Business, Productivity, Tools, News etc. In simple words, Mobo Market does almost everything the Google Play Store does and even more than that.

You can also update installed apps through Mobo Market, it should be noted that you can update any existing installed app Whether its downloaded from Google Play Store or installed with Mobo Market or with .apk file.

Conclusion :  Mobo Market is one of the best alternatives to Google Play Store so far. There are some limitations like you can only download and install free apps, Currently only more popular apps are listed in the app store. This app store is still not listed in the official Google Play Store and you have to install it with .apk file only. Mobo Market is also perfect App store for some entry level Android devices which does not support Google Play Store. The best example of these kind of devices is India’s 35$ Aakash tablet or Ubislate 7.

App compatibility : App is compatible with Android version 1.5 and up.