by veeshaal pokharkar
in Softwares / Games
0

Microsoft, in strict accordance with the previously announced schedule releases, today released the final version of the server operating system, Windows Server 2012 – the first OS family of Windows, that can be operated on 100% from the command line, which makes it more suitable for use in stand-alone data centers and cloud services. 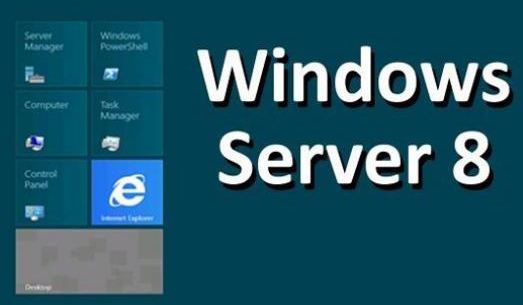 Satya Nadella, president of Microsoft Server and Tools, says that the new system is like no other and is suitable for use in large-scale data centers, which employ thousands of servers, and people’s access is limited.

A new version of the hypervisor Microsoft Hyper-V, a key element of the new operating system, now supports up to 64 virtual CPUs and up to 1 terabyte of RAM to 4 processors and 64 GB of RAM in the current Windows Server. Microsoft also updated the protocol Server Message Block (SMB) which is now optimized for faster transaction processing and better adapted for multi-core processors. However, the most notable innovation for the administrators of the system is 100% integrated shell PowerShell, which was introduced for the first time 6 years ago. Due to it from the command line, you can manage all functions in a new server system. In terms of features like PowerShell prompt in Linux / Unix, you can create multiple channels and from one user to perform multiple commands at once. In addition, it allows you to do various clever tricks, such as software to manage objects, which is not in * nix. Course, there was the classic for Windows GUI-interface that still allows access to all features of the system, administrators may choose the most suitable way.

Microsoft says that if a GUI is more or less clear, here is to complete the work in PowerShell has to learn the commands and their syntax. But Microsoft says that this time pays off, especially when you need to manage a fleet of hundreds of cars.

“Guys from VMware boast that can provide up to 300,000 IOPS on a single virtual machine. In Windows Server 2012, we will provide up to 985,000 IOPS, which more than three times the stated figure, “- said Nadella. He also said that the new OS will allow you to create virtual drives up to 64 terabytes, and clusters of up to 64 knots and up to 4,000 virtual machines in the same cluster. Satya Nadella said that now these scalability tested on the example of search engine Bing, which brought together more than 300 petabytes of data.

Microsoft acknowledged that expectation for the new operating system are very large: the preliminary versions of this design, users around the world downloaded more than 500,000 times. Compared to the current stable server running Windows Server 2008 R2, 2012-I version has a number of significant improvements. The corporation said that if Windows 8 was first created, based on the work on the internet tablet, Windows Server 2012 is designed based on the work in the cloud. This is not about interacting with Windows Azure, but private computing clouds that create companies and Internet service providers for their needs. It may be noted that in the new version of the server OS announced availability of a special type of installation – Server Core – which provides for the installation kernel and required minimum program environments to create a “bare Windows-server”, which can be optimized for any custom tasks without taking up computer resources idle processes. In this mode, the OS management tools no GUI, so an administrator Server Core has a very good focus on the architecture of Windows Server and excellent knowledge and understanding of server commands.

Today, one of the largest providers of public cloud services, the company Rackspace Hosting announced that soon offer its customers the opportunity to work with Windows Server 2012 final version in the cloud. As described by the company, Windows Server 2012 final version will be seen at Rackspace Cloud Sites PaaS. The PaaS-platform today, used by many thousands of customers of Rackspace.