Microsoft offers Office 2013 as an free upgrade to Office 2010

by veeshaal pokharkar
in Softwares / Games
0

Microsoft continues to attract user’s various proposals aimed at the promotion and popularization of the new operating system Windows 8 and software Office 2013 for it. Microsoft Office 2013 will be officially available in the 1st quarter of 2013. Under the terms of the new shares, those who purchase Office 2010 will be able get a free upgrade of Office 2013. However picture shows its just a limited period offer. 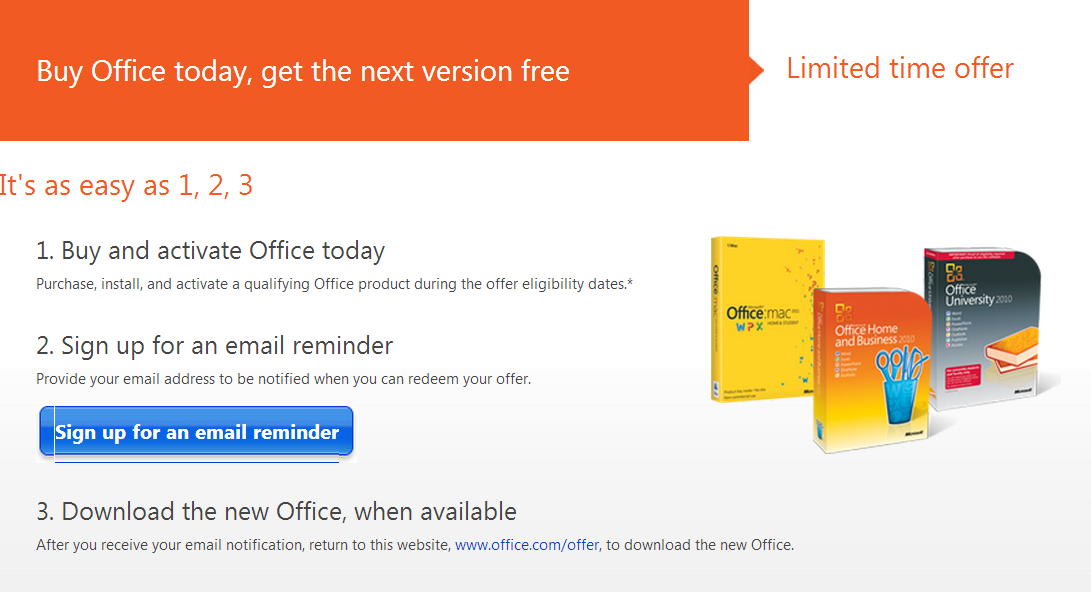 Microsoft Office 2013 free upgrade is available for all versions of Office 2010.To know more about the offer visit http://office.microsoft.com/en-us/offer/.

Release date of Windows 8 is scheduled for October 26, 2012. At the same time, according to some analysts, Manufacturers are not too happy with the new creation of Microsoft. Experts believe that Windows 8 is unlikely to have a significant impact on the market until the second half of 2013. However, a number of surveys show that about half of U.S. Corporate clients have expressed willingness to move to a modern operating system.