Today we have one interesting game for Android devices which is specially dedicated for London 2012 Olympics, the game in which you can take part without qualifying for the event.

In our earlier article we discussed about some different Android apps, which help you to stay up to date with the forthcoming Olympics game which will be held in London from 27 July to 12 August 2012. YouTube has also announced that they will cooperate with the (IOC) to broadcast 2200 hours of videos of the London Olympics 2012 in  HD quality on its channels in 64 countries in Asia and Africa.

Earning a gold medal in the Olympics event is worth a lot for any athlete. Often, it takes a whole life to reach that goal and reach at the Olympics. If you do not have the courage or opportunity to fully devote yourself to the sport – you can try out the London 2012 Official Game for Android.

To win you have to not only create a character of the athlete, but also to need to properly prepare them for challenging competition. To do this, the developers of game have implemented their game with a special training regime and several special things.

Bright graphics of cartoon and the spirit of competition in one package makes this game very simple to play and worthy of your attention. So if you’ve always wanted to participate in the Olympics, you can safely go to Google Play to download the game- London 2012 Official Game . However the game is not free and will cost you $2.99 to download from Google Play Store. 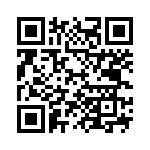