LG Anti Mosquito – air conditioner which protect us against mosquitoes

by veeshaal pokharkar
in Gadgets
0

Specifically for the African market (like Nigeria), LG introduced a special type of air conditioner LG Anti Mosquito, designed to protect people from malaria-carrying mosquitoes, but only on the premises. 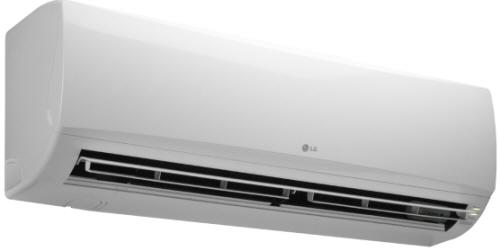 To ensure the functionality LG Anti Mosquito equipped with special ultrasonic transducer, which “pushes and confuses” mosquitoes, causing them to look for other habitats (presumably mosquitoes “pushed” from the room where the air conditioning).

According to internal testing, the effectiveness of LG Anti Mosquito the hold malarial mosquitoes during the day ranges from 64 to 82%. For reference, the mosquito Anopheles in Africa is the major cause of malaria, or as it is called – ivory, among the African population. Given the total poverty and poor living conditions, malaria annually kills about 2 million people, mostly children.

If we go back to the news of the air conditioner should be added that the South Korean manufacturer, LG has attended to the moment when the voltage drops (which is also common in most parts of Africa, electrified) can harm internal components. To stabilize the voltage of the air conditioner and the protection of a power cut LG Anti Mosquito has built-in Super Automatic Voltage Switcher.

“In terms of economic development, the entire African continent has enormous potential and we’re hopeful that LG’s technologies will help people unlock that potential,” said Mohammed Fouani, Managing Director of Fouani Nigeria Ltd. “LG has sought to move well beyond its role as a technology provider and has put into place a number of initiatives to combat poverty and promote community-building.”

Thus, the LG Anti Mosquito air conditioner to help cope with the heat indoors in the cities of Africa, as well as the risk of malaria as the local population, as well as a steady stream of tourists. Of course, we all understand that fully cope with the disease that does not help, but even these “little things” matter.