by Editor
in Uncategorized
1

A great news has been leaked about the upcoming product of Apple. After releasing iPhone 5S, Apple is now concentrating on its other popular flagship, the iPad Mini. A rumor has been spread about iPad Mini 2, and it says that the tech giant company Apple is going to introduce the new iPad Mini 2 with the latest A7 processor, touch ID fingerprint scanner and new colors. 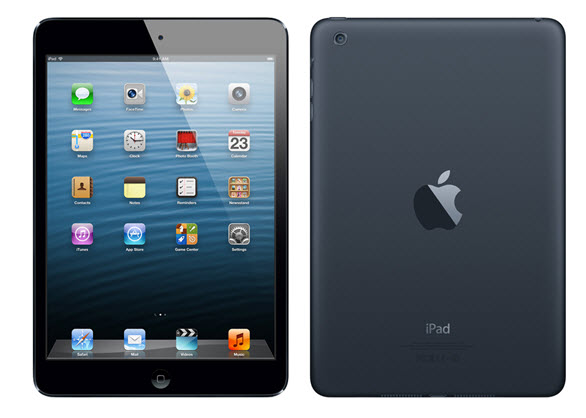 Well, this must be very exciting news for the fans of iPad devices. The first model of this series, the iPad Mini was released in November, 2012, and it received a huge popularity, even more than the company’s expectation. So, it was expected that Apple will launch the next flagship of iPad Mini very soon.

The news has been leaked by Sonny Dickson, who is known for leaking special rumors about the products of Apple. He has made numerous Apple leaks and recently tweeted that Apple will launch the iPad Mini 2 with the new A7 processor, 64 bit chipset architecture, touch ID fingerprint scanner, 1 GB RAM and m7 internal chip.

For the last few months, Apple has released several devices with new updates, and it seems that now the company is willing to release iPad Mini with these updates. The rumor has confirmed that the next iPad Mini will have some similar specs to the Apple iPhone 5S and the Apple iPhone 5C, which were released by the Cupertino Company. The rumor also says that the new iPad line will be released in October, 2013 to compete with the other rivalry Smartphone and tablet devices.

According to the news, Apple has given importance on the color of the device as well. The old iPad Mini was available in only two basic colors- black and white. But the upcoming iPad Mini 2 will be launched with three amazing colors- space grey, shiny silver and fleshy gold. The gold color has been added as the golden iPhone 5S has received a huge demand on the market. Besides, another tech giant company Samsung used gold color in its last two products, so Apple wants to compete with them by the new iPad Mini 2.

The specs of iPad Mini 2 that has been leaked are-

There is no specific information about the display of the upcoming device. It may have the same old display which was used in iPad Mini, or it can be launched with the new Retina display.

The most interesting part of the iPad Mini 2 is the new touch ID screen sensor. The rumor has confirmed that the device will have all the features of the Touch ID sensor, which means, you can lock and unlock your device using your finger prints. Moreover, users will be able to purchase iTunes apps with this sensor.

The rumor doesn’t have any specific about the release date of iPad Mini 2, but it will be brought with the same price range of iPad Mini. So, wait for the new exiting device iPad Mini 2.