Smartphones especially Android Smartphones have become synonymous with Intel. It is not common to find a recently released Android without an Intel. This is Android’s way of competing with the new Engine that is distributed in the new iOS mobile devices. Due to this upgrade in the Android system it is crucial to ensure that your app has no problem running on the x86 or the ARM that is provided in Android mobile devices. Are you thinking that you have a great idea for a game to be distributed through the Google Play app store, but you have no idea how to develop one that can run on the x86 system? Fear no more we have come up with several samples in order for you to be able to see the source code that you will need in order to build a successful app. 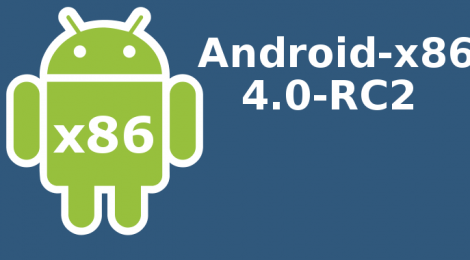 Developing a game to work on an Intel x86 systems is not always an easy task to tackle. There are a lot of elements that need to be considered, and it will take some time in order to accomplish this task. 3rd Person Shooter games are extremely different than FPS games and will need a different approach in order to rewrite their code. Fortunately, there are a lot of developers that will help be offering some helpful hints along the way in regard to coding.

When you are trying to rewrite your code for a 3rd Person shoot game, then you will want to reference a breakdown that was created by Ashraf Samy Hegab. It will provide an extremely helpful breakdown of exactly what you will need to do and the areas that you will need to check in order to successfully transfer your game.

This Intel x86 Emulator is an excellent source for so many reasons. Not only will it tell you how to emulate the x86 coding system in order to help convert your already existent game into the new age system, but it will also help you develop an entirely new game on the NDK system. The Intel x86 Emulator will cover everything you will need to know including basic technical information, native code compilation, provide you samples of the game view, the game menu, and several options for how to actually use the code. You can easily follow this step-by-step example and learn exactly what you will need to know in order to emulate the new and more involved Intel x86 coding system.

Terminal Velocity is just an excellent example of a successful game that is running after being developed using the x86 Emulator. Terminal Velocity takes its C++ system and combines it with Java in order to make a hybrid build.  It is able to successfully accomplish this task by taking advantage of what is considered to be a bridge between the two systems. Terminal Velocity just simply shows that even a hybrid game can be converted to run on the new Intel x86 systems, so there is no reason why you should not be able to convert all of your games to the latest and greats Intel.

The mobile gaming world is forever changing, and if you plan on competing you will have to change with it. The coding is easy to learn as long as you have the proper references. This list was created in order to offer assistance to those that may be interested in converting their games to the new Intel x86 systems, but might not know exactly where to start. Simply use this as a stepping stone to jump on the x86 bandwagon.

Author Bio: Michael Clark has authored this awesome post. He himself is a game designer by profession. And as he likes to play games very much that’s why he opted this field. He designed the characters of Zombie Games 365 newly.

Build Your Own Personal App For iPhone With Recoil App Builder