by veeshaal pokharkar
in Interesting, Web
1

After blocking some torrent sites, some Indian ISPs like Tata Photon now blocking access to wordpress.com. Earlier this month Government of India ordered to block 309 URLs and some twitter accounts in the wake of Assam riots. 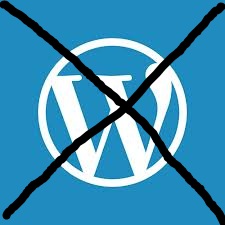 There is no reasonable explanation why Tata Photon blocks access to wordpress.com domain when they can partially block specific URL or blog which is hosted on WordPress.com. Some bloggers complaining that they are unable to access their blog hosted on wordpress.com and facing some errors such as unable to connect or web connection time-out. We just checked if we able access wordpress.com from other ISPs, and there is no error whatsoever with them, it simply means the problem is only associated with Tata Photon services. We ask Tata Photon customer care about this weird problem and they replied, there is no problem whatsoever from their end (actually they failed to recognize the problem) and advised us to check for viruses in computer.

Other than Tata Photon some Indian ISPs like Airtel even banned some free popular proxy sites such as Kproxy.com  to make sure that user will not able to access blocked sites even through proxy.

It should be noted that one can access to wordpress.com or any blocked site via proxy sites. If you think accessing the web through proxy sites is a pain then you can also consider some free proxy software like Ultrasurf or online proxy service such as fastun.com. You can also check out this tutorial which guides you to how to unblock any blocked website.