by Editor
in Mobiles
1

HTC is considered as a premium brand in mobile phones, as all their models are well known for its superb hardware configuration and high-end user interface. It is one of the mobile device manufacturers in the world, who has a rich heritage of many world’s firsts, so every new launch by them are a hot topic for both fans and forums. Apart from the high end smartphones, now the HTC has decided to make modest handhelds, aiming at the middle class customers, and the Desire series is the outcome of this effort. As a part of this, HTC has announced a new model in the Desire series, the Desire P, an android powered smartphone with all latest features to quench the thirst of the tech savvy’s. 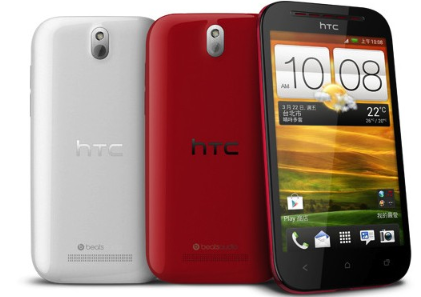 From the announcement made in Taiwan, it is clear that the Desire P will find a place right between the high-end and entry-level smartphones. The display screen is one of the most important factor in determining the style and look of every mobile phone and here, the HTC has provided a 4.3 inch super LED2 capacitive touch screen with a resolution of 800×480 pixels. It will provide you a clear view and enough size to watch movies and videos comfortably.

As per the information available, this smart phone features a 1GHz Dual-core Qualcomm Snapdragon S4 Play Cortex A5 processor and Adreno 203 GPU. It has a RAM of 768 MB, which is sufficient enough to handle most of the modern applications or games without any problem. The Desire P comes with an internal memory of 4GB and can be expanded up to 32 GB using micro SD cards. The 8 mega pixel auto focus camera in this phone is supposed to deliver outstanding pictures and videos, and a LED flash with BSI sensor is also provided. A 3.5 mm audio jack provided in the gadget will enable the user to easily swap between head phones of their choice.

The HTC Desire P is expected to run on Android Jelly Bean with HTC sense. This model will be equipped with both GPS and Glonass making it easy for you to navigate using phone, it also features Wi-Fi, and Bluetooth data transfer. The 1620 mAh battery will provide adequate standby and talk time, making this phone a good performer in all situations