How 4G and the Cloud will Revolutionise Your Digital Life

by veeshaal pokharkar
in Tech, Web
0

The 4G revolution has arrived, and with it comes drastically quicker mobile data speeds that could potentially revolutionize mobile computing for the better. Increased data speeds will allow for new technologies such as video chatting and cloud computing to flourish, making our Smartphone and tablet devices more powerful and capable than ever before. This article will examine the 4G revolution and the impact it will have on our digital lives. 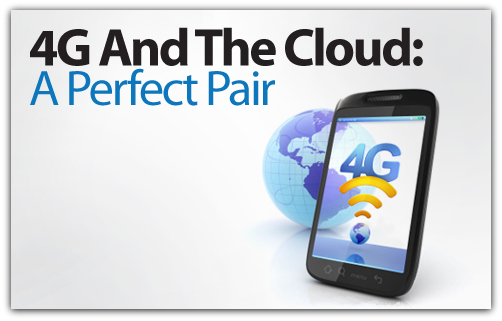 4G mobile technologies are slated to arrive in two separate stages. The first stage, called ‘long term evolution’, or LTE for short, is already in the process of being rolled out throughout the world with many carriers upgrading their cell towers to accommodate the technology. Eventually, LTE will be upgraded to ‘LTE-Advanced’ that should allow for even quicker data speeds than LTE.

3G, the technology that 4G is replacing, has served us well since it was introduced in the early 2000s. DC-HSDPA, the quickest form of 3G technology, allows for download speeds up to 42Mbit/s with upload speeds of 12Mbit/s, assuming conditions are perfect. In the real world, DC-HSDPA speeds rarely exceed 15Mbit/s download and 3Mbit/s upload.

LTE, however, boasts up to four times quicker download and upload speeds than DC-HSDPA with LTE-Advanced offering even more. LTE also has a quicker handshake protocol and a lower latency response time meaning websites will load considerably quicker than with 3G.

There are a number of technologies that have been rolled out gradually worldwide which have been hampered due to inadequate 3G data speeds. 4G technology should allow them to flourish and become commonplace in our lives.

One of the major technologies that will benefit from 4G is video calling.
Due to slow 3G speeds, video calling has been difficult to do on the move, with poor video quality, poor sound quality and long delays. Due to the quick 4G data speeds, video quality and sound quality will be substantially quicker and lower latencies will allow for video calls with little to no delay.
It’s not difficult to imagine that video calling will, eventually, replace audio only calling in the future.

The 4G revolution will also make it easier to embrace the cloud technologies that are gradually becoming more commonplace. The idea behind the cloud is simple; instead of storing data on a mobile device such as a Smartphone or a tablet, the data is stored on servers located in huge data centers around the world. Whenever the data need to be accessed, it can be downloaded using mobile broadband and accessed by the mobile device.
Cloud technologies have performed poorly on 3G, mainly due to the slow data speeds. For example, accessing music stored in the cloud has been difficult due to long wait times for the music to download and constant issues with buffering. With 4G, music will be downloaded instantaneous and videos will load in seconds without any buffering, allowing for cloud storage to be fully embraced.

Nearly all the major companies such as Google, Apple and Microsoft are embracing the cloud; in the future, it’s likely that the cloud will replace traditional computing completely. The 4G revolution will ensure that the cloud will not be slowed down by inadequate 3G data speeds, allowing it to be as good as it can be.

The 4G revolution will change the way we interact with technology, allowing for WiFi rivalling speeds on mobile devices. It will allow for a smoother and more fluid internet experience while opening the doors to new technologies such as video calling and the cloud. Our digital lives are about to be irreversibly changed, and 4G is the technology that’s going to do it.

How to Deal with iPhone Glass Crack and Dock Connector Problems