by Editor
in Interesting
1

Google have just launched a brand new device called the Chromecast which allows users to stream media directly to their television sets from their tablets, smartphones and computers. This device is basically a two-inch dongle which plugs directly into the HDMI input. Its compact size allows it to be hidden out of sight behind your TV and is small enough to fit into your pocket. 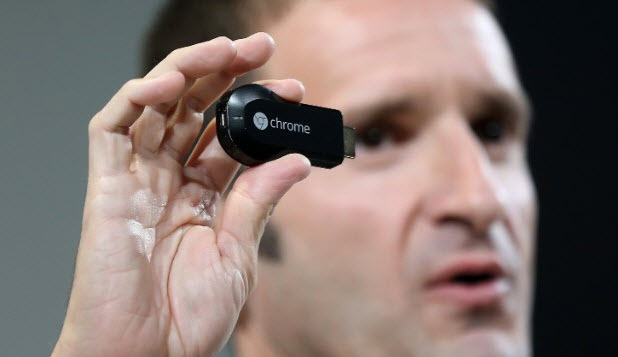 Built on Google Chrome technology, one has to simply navigate to the YouTube app on your device and then by pressing or clicking on the ‘cast’ button in your UI you will find yourself watching your selected file on your TV whilst still having complete control over your device. How does this work? Chromecastreceives the command from, for example, the YouTube app and very cleverly pulls the video from the cloud and then plays it on your TV. Apart from YouTube, it is also able to connect to Netflix, Google Play Movies and TV, Google Play Music as well as other content from the internet viaGoogle Chrome Tap Projection – and in the future Pandora and other apps. It is even possible that not too long from now you will be able to stream and play pokies online at intertops and other real-time online games on your TV!

What is definitely note-worthy is that the mirrored content isn’t actually beamed from your device. It is in fact streamed from the cloud directly to the Chromecast dongle as soon as you activate mirroring on one of the above Chromecast-compatible apps. It is at this point that the ‘parent device’ is freed up for multi-tasking as well as for operating as a Wi-Fi based remote control in order to control the content being viewed on your television set. Via your mobile device you are able to adjust the volume, pause content or use the scrubber at the bottom to rewind and fast forward.

At a retail price of a mere $35 Chromecast is well within range for most. It barely hit the shelves before it was sold out, with back-orders stretching on for weeks and weeks. One of the big draw cards is that it is compatible with Android, IOS, Chrome for Windows, Chrome for Mac as well Google Chromebook Pixel and if initial sales figures are anything to go by, consumers are liking what they see.