The popular game on Facebook and ios, Kings Bounty : Legions now coming soon to Android devices. The company officially announced on their Homepage.

The game King’s Bounty: Legions is a world’s first 3D game, based on social strategy. Lovers of the Kings Bounty will find the new game is very interesting with a lot of difficult battles. The basic structure of the game has not changed. Each battle – a turn-based battles that are like a small box. 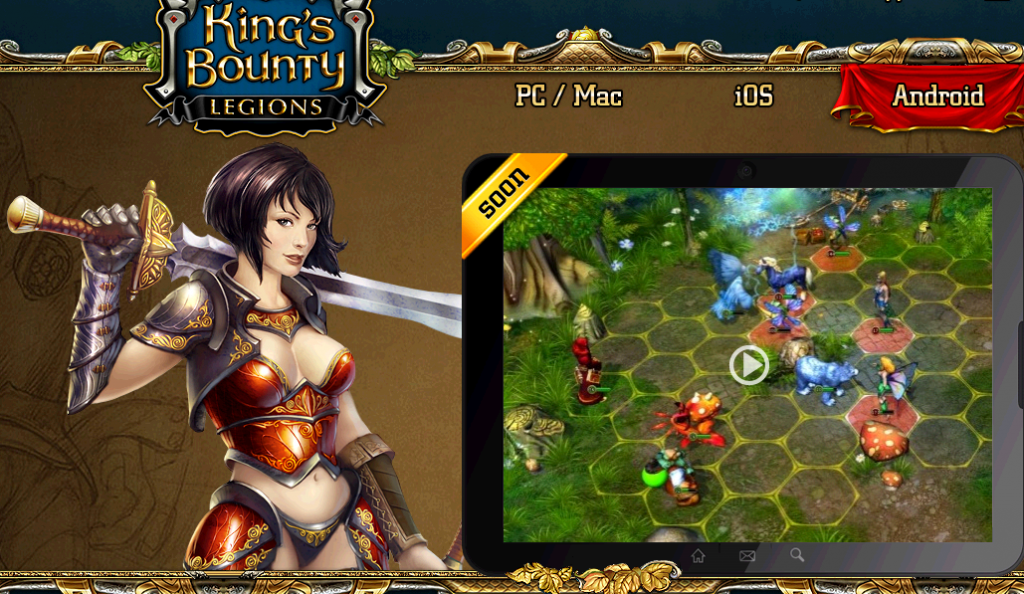 In the game players from around the world can connect and will be able to fight each other. However, their battle will be divided into two types: training mode, where they can gain experience and skills, and the rating that gives them special glasses.

The game is built with the help of engine Unity which is a popular tool for making 3D video games or 3D graphics. The game Kings Bounty Legions will be available in Google Play for free, but you have to spend some real money for in-game premium content.

Meet the Pink Bird: A new member of the Angry Birds

Wild Blood from Gameloft : The first game based on the Unreal Engine 3

Wild Blood from Gameloft : The first game based on the Unreal Engine 3