by Satyakam
in Mobiles, Tablets
0

The Tata group is one of the biggest marketing groups in India, Croma is a chain business of the Tata group firm Infiniti Retail. This group runs the Croma based upon the durable stores and consumer electronics. This group has taken a plan to expand its business in the tablet market. They are going to introduce new Crome 3G tablets in the Indian market. According to the news, they are going to launch this device within the next two or three weeks. 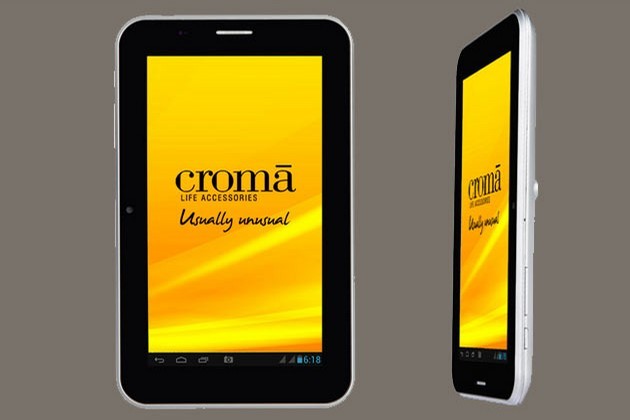 The Croma has already released some Smartphones in the Indian market, these devices are sourced from China. So, it is almost sure that the source of upcoming tablet will be China as well. The CEO and Retail Manager of the Infinti, Ajit Joshi has said they are going to increase their offering in the tablet by launching out more products in the coming days. He also hoped to launch the tablet in 1-2 weeks.

The Infiniti Retail has also released 2G tablets in the market at Rs. 6,999 only. So, it is expected that the price range of the upcoming device will not be very high. Mr. Joshi also added that they have started a consignment of 1,000 and they are getting very good response from that consignment.

The company wants to keep the price range in an affordable state. The expected price of the Croma tablet is around Rs. 9,990 in the Indian market. Well, the price looks very descend and it is very affordable for the Indian customers.

Some information about the new device has also been provided. This device will be packed with Android 4.1.2 Jelly Bean operating system. A Cortex A8 processor at 1.0 GHz speed will power the device. These systems are already used by some popular Smartphone manufactures like the Micromax, Samsung and LG. So, it will be compatible with other Smartphones available in the market. This will run the PowerVx SGX531 GPU for graphics support. The internal storage will be 4GB, it is expected that the storage can be expanded via MicroSD card.

Other information about this device will be provided within a few days.

Lava is Going to Launch Xolo Q700, Another Quad-core Android Phone at Rs. 9,999 Only

Lava is Going to Launch Xolo Q700, Another Quad-core Android Phone at Rs. 9,999 Only