by Satyakam
in Desktop / Notebook
0

One of the most popular devices of this time is the Ultrabook netbooks. All the tech manufacturers are now giving more importance to this device and they are providing new devices to their customers. Sony, the Japanese tech giant company also announced two new Ultra books to compete in the tech market.

Computex 2013 is known for amazing announcements and the electronics  giant Sony has joined the release party with their two new devices, the Sony Vaio pro 11 and the Sony Vaio Pro 13. These two ultrabooks are convertible and these are the lightest devices of their kind. Sony has introduced its first Haswell-powered tablets with a thinner shape. 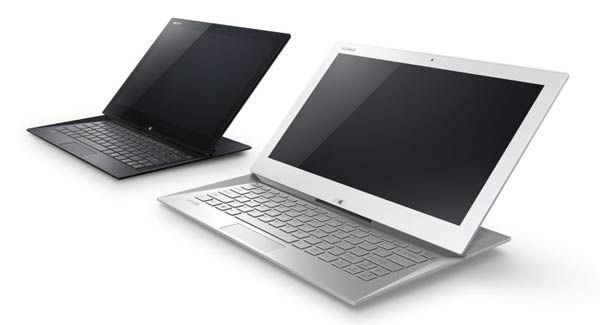 The two new devices are the latest model of the Z series and they are regarded as the lightest and the thinnest ultrabooks. The Vaio Pro 11 and the Vaio Pro 13 weighs only 1.92 pounds and 2.3 pounds respectively. Sony has packed them with some new and incredible features, these are stylish than the predecessors as well.

These two devices will run on the Haswell processor, the latest creation by Intel. This incredible processor can give a better experience to its users. These devices can also run on Intel’s third generation core i5 and i7 and fourth generation core i7 processors.

The specs of these ultrabooks are very similar, both of them are packed with an 1.6 GHz dual core Intel core i5 processor, and it can be upgraded to other processors. There are an 128 GB SSD, 4 GB RAM and a 6,320 mAh battery in them. The battery life can be doubled by using an additional battery, then the battery life will be more than 18 hours.

According to the official announcement by Sony, these devices will be available from the mid of this month.