Buying a new phone? Sell your old one first

by Editor
in Interesting
0

A lot of people have an emotional attachment to their mobile phones. Maybe it was gifted by a lover, or they bought it with their very first salary, or it was a present from someone who died recently. Reasons are many, but the underlying fact is that no electronic device is meant for perpetual longevity. Sooner or later, they are going to be worth nothing more than the plastic and metals inside. And for those of us without any emotional attachments to our cell phones, what options do we have when you are about to buy a new phone? 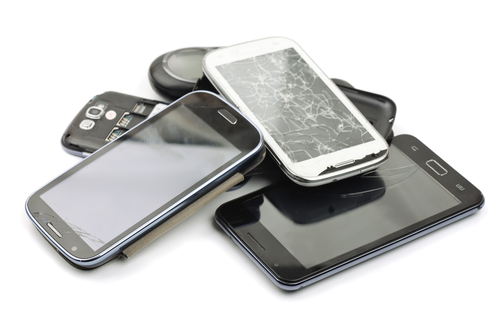 Making the decision to sell the old phone

Temptations are aplenty for anyone with a taste for high-end gadgets which keeps cropping up like mushrooms. Every other day a new model or brand is released and you can’t help but wonder why my phone isn’t so cool? Not everyone of has a high paying job or a rich dad who can answer all our whims and fancies. But even those desires need to satisfied, right? Let us be pragmatic. If you have identified a new phone with decent features and cool looks which is just within your budget, why not strike a better bargain by selling your old phone first.

When the iPhone 6 was released, the first thing I thought was how to sell my phone? Having no emotional attachments none whatsoever to that white plastic box helped a lot. And the best part was that I found a good buyer who desperately wanted an iPhone 5 on SellMyPhone.co.uk and paid me a handsome amount for it. To cut the long story short, I was able to buy the iPhone 6 and yet didn’t burn a huge hole in my pocket because my old phone covered a good portion of it.

How to find good buyers?

This need not necessarily be an isolated case. Almost everyone out there who goes on to buy a new iPhone invariably has an older phone which for him/ her is obsolete, but for the next guy on the street. Before you rush into the decision, spend a little time on SellMyPhone.co.uk. It is one of the most sought after web portals which deal exclusively with iphones and hence there is a good chance you might find a good buyer who will pay you much more than what a dealer will.

The condition of your phone can be a deal breaker at times; but not necessarily all the time. If you have a cracked screen or a malfunctioning speaker or an empty battery cell, there might be buyers on SellMyPhone.co.uk who are ready to pay for it and then later on repair it themselves. Don’t be discouraged by the first buyer who turns you down. Keep posting ads and contacting new buyers. Sooner or later you are going to convince someone to buy your iPhone. If nothing else works, you could always go for recycling. Although there aren’t much monetary benefits involved, at least you can feel grateful about having done something to protect the Earth you live in!