Over the past few years the number of people using mobile devices to surf the net has grown exponentially. Tablet computers and smart phones, pioneered less than a decade ago by Apple’s iPhone and more recently the iPad, are taking over. The second quarter of 2013 saw mobile device sales outdo laptop sales for the first time, and there seems to be no stopping this trend. 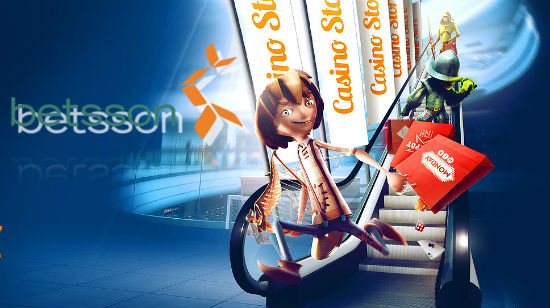 According to the story published by the casino news portal Casinodailynews.eu, the Betsafe/Betsson Group has seen the signs early on and have wisely decided to invest into a massive shift towards this entirely new market. As Erik Hedberg, the group’s CEO, put it at this year’s LAC in London, probably the most important reason why operators can’t ignore this new market is that the number of casino players is actually going up. This is a rare phenomenon and means that not only is there a shift in technology, but that the new technical possibilities bring new players. People aren’t simply changing from online casinos to their mobile equivalents, but the mobile casinos are attracting an entirely new crowd.

In the past Betsafe/Betsson have managed to stay ahead of the game by always offering a little more than their competition. Cleverly played promotions and prizes very precisely aimed at different groups among their players have contributed to that good impression. For instance, they sent a handful of players to this year’s Gumball 3000 Rally where they got to race (and, turns out, demolish) a Ferrari. Other lucky ones have been sent to see their favorite Champions League teams play. It’s the combination of their acute sense for the market and a generous approach to their players that make the group the serious competitor they are.

According to Hedberg 2012 was such a good year that they’ve been able and are also planning to increase their marketing spend. They’re going for a much stronger presence, covering all channels, including their already famous funny TV commercials. They’re going to push affiliate marketing and player retention as well, aiming for an even stronger brand presence.

Last but not least, what has contributed to the Betsafe/Betsson Group’s success has been their choice of products. Their sites run software by a whole range of casino software developers, Net Entertainment and Microgaming included of course, which has given their choice of games a massive boost. They’ve been paying close attention to branded content, including this year’s South Park slot. Keeping their players in mind and keeping them happy is what they’re good at, and this includes picking titles that have a wide appeal. The new casino slot South Park, despite its simplicity one of the late 90s and early 2000s’ biggest TV hits, is a great example for this approach. It’s picks like this one that make sure that sites stay up to speed with the tastes and preferences of their audience, and it isn’t said too much that Betsafe and Betsson have excelled at this since they decided to go for their impressive makeover.

We’re excited about what they may roll out next!