Qatar-based international telecoms provider Ooredoo is spearheading the charge to help young Arab people across the Middle East into work.

The community-focused company says young people face a range of issues, including high unemployment and a lack of educational opportunities. 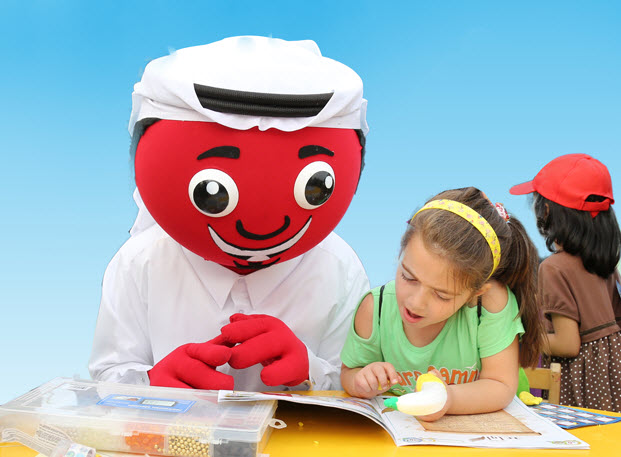 However, a growing number of young people are turning to mobile and online solutions to support their learning and development needs as a way to overcome these challenges.

Internet and mobile phone technology has expanded rapidly in Qatar and across the whole of the MENA – Middle East and North Africa – region over recent years and is used daily in a wide variety of ways, from accessing banking current account balances to chatting with family and friends on social media.

In a recent survey, “New Horizons: Young, Arab, and Connected,” Ooredoo found two-thirds of respondents were improving their job skills and knowledge online, while 91 percent believed ICT encouraged them to be more entrepreneurial.

Building on the findings of the research, Ooredoo is supporting a number of projects for young people whom they describe as the driving force behind the success of the company.

Qatari state minister H.E. Sheikh Abdullah Bin Mohammed Bin Saud Al Thani, who is also the chairman of the board of directors of Ooredoo (formerly the Qtel Group), says, “We believe in supporting the ambitions and aspirations of the next generation. Young people are driving the success of our company, and of every country in which we operate, and each operation within the Ooredoo family is working hard to develop new initiatives to support them.”

Wataniya Kuwait, an Ooredoo company, recently supported the ”Ghadi” Project in partnership with the NEST aid group and Kuwait Red Crescent Society. Through the project, young volunteers from Kuwait travelled to Lebanon to educate Syrian refugee children living there who had fled the conflict in their home country. Funds raised by Wataniya made it possible to continue the education of 1,233 Syrian refugee children based in camps.

Similar efforts are under way in Palestine, where Wataniya Palestine supports the Palestine Children’s Relief Fund to help covers the cost of sending injured and needy children from the Gaza Strip for medical care abroad.

In 2013, Ooredoo launched the ”Play for Dreams” initiative, which brought young people from the MENA region and around the world to Qatar to meet their hero, football star Lionel ”Leo” Messi. In addition, working with the Leo Messi Foundation, the company has launched a global programme of mobile health clinics, which specifically target under-served communities in emerging markets.

In Qatar, Ooredoo has recently launched the Delni Campaign, a youth initiative that aims to teach young people responsibility and self-worth, as well as the ”I Read” campaign with Childhood Cultural Centre, to promote reading among young people.

In North Africa, Ooredoo Tunisiana and the Tunisian non-profit organisation Tunaction have partnered on the ”Schools at Hospitals” programmes, which will build classrooms for long-term paediatric patients in 10 hospitals in Tunis.

One of Ooredoo’s most successful programmes has been the Najja7ni (”Make Me Succeed”) platform of mobile services in Tunisia, launched in collaboration with Silatech, which supports youth employability and financial inclusion in a country where young people face 30 percent unemployment.

Ooredoo has continued the partnership with Silatech by recently announcing the winners of the first-ever Arab Mobile App Challenge, also supported by the Applied Innovation Institute. The challenge promotes entrepreneurship, start-up businesses, and technology-based career skills for Arab youth, with the next edition expected to be rolled-out further throughout the region.

To find out more about Ooredoo, check out the company’s website here.