Apple has made the announcement about the next iOS, it has unveiled the developer preview of iOS 7. Apple has recently updated its Mac OS X and now it brings the updated iOS 7. The new iOS 7 comes with a complete new design, improved apps and some other amazing extra features. So, it will be a great contest among the iOS 7, Android and Windows Phone. 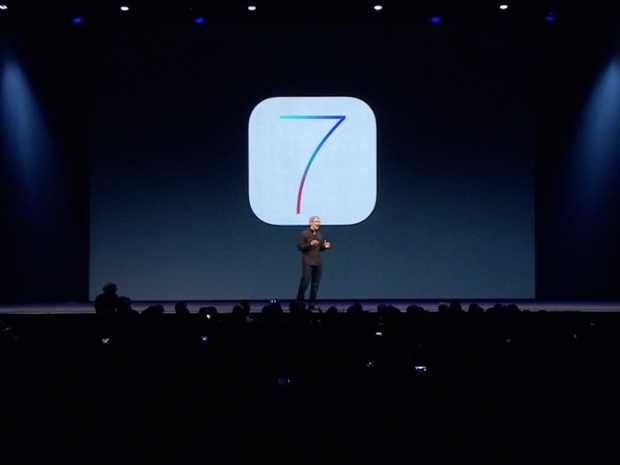 The updated iOS 7 has some extra features, a highlight of those features is written here.

Apple has oriented iOS 7 with a brand new look. It has a whole new UI, the elements of UI has a flat design. The icons has also get got a flatter design. A new visual effect known as dynamic parallax has been used in the phone as well, it changes the screen look as turn, tilt or move your phone.

Apple iOS 7 has the real multitasking facility. It allows to update several apps without wasting the battery life, which has been regarded as the most remarkable improvement in iOS 7. If you double tap on the home button, it will show you all the apps available on your device instead of a small tray of listed icons. It can update more than one app at once, it tracks your used apps and updates anytime of the day.

Another big update in iOS 7 is the new Siri, it has got a fully polished interface to work on with a transparent background. It is actually a card-based UI which is capable of controlling the functions of the device.

Apple has rebuilt the notification centre in it. You will be notified for for every upcoming events from the calendar, and it doesn’t show the same notification multiple times if you dismiss that notification.

You will get toggles by swiping up from the bottom of your device’s screen. You can control the brightness, the music player, new AirDrop feature and many other apps with this.

The new UI has been used in the photo gallery as well. It can organize thousands of your photos in perticuler groups. It has updates to Safari and App store as well.

The iOS 7 is now available foor only iPhone, it will be available for other devices very soon.

Microsoft’s Office is coming on iPhone

Microsoft’s Office is coming on iPhone