Android 4.2 Jelly Bean has just appeared with Google Nexus 4 and Google Nexus 10, but because it was still a minor update, we all look forward to the full release of the new Android 5.0. The first mention of the new system came from a NenaMark2 benchmark test of the mysterious Smartphone Sony LT30i, which is revealed Android 5.0.0 to the world. 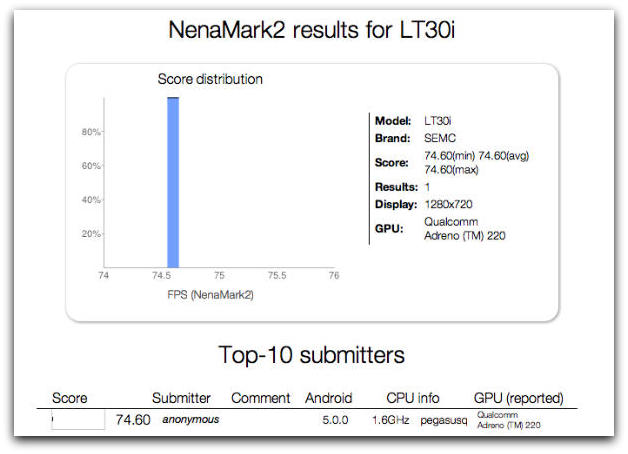 According to preliminary data, after Jelly Bean dessert next version of the Android OS flavor name should start with the letter K, and, reportedly, this is Key Lime Pie.

Sony LT30i might be a next Nexus device from Google and It is rumored that Google may unveil Android 5.0 in late winter, and release – in the early summer of 2013.

We observed that many Smartphones and OS revealed before their official release on different benchmark tools like GLbenchmark, NenaMark2, AnTuTu which comes true, but I don’t know how they publicly disclosed…