The release date of the new Android operating system has been confirmed by Nestle Germany. Although there has been no official word from Google a posting on Facebook’s Kit Kat page in Germany said that the latest Android operating system named Android 4.4 Kit Kat shall be released sometime in October for public use. Google is yet given no other information about the new Android systems features or anything else but said in a statement that “It’s our goal with Android Kit Kat to make an amazing Android experience available for everybody.” However there were rumors that the new system will feature new gallery visualization, color changes, new types of notification widgets, miracast updates as well as new API’s regarding animations. 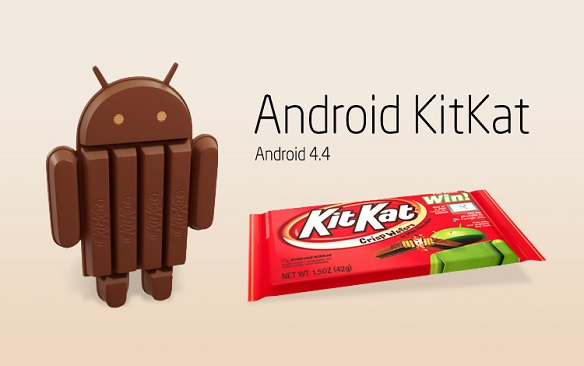 Google had announced it’s partnership with Nestle’s Kit Kat earlier this month but insisted that it was not a money deal. However this partnership has greatly benefited Android as it will now be seen on selves around the world and even by those people who have no idea what Android is. It is basically a type of free advertising. As for the name Google said in a statement that as everybody liked chocolate and found it difficult to stay away from it. They decided to name the next version of Android after a chocolate treat that everybody liked, namely Kit Kat.

There are also speculations that the latest in the Google’s Nexus series, Nexus 5, will be the first to use this new Android OS. The Nexus 5 is said to have a 5 inch fully HD screen, 2 GB of RAM, a 2,300 mAh battery and is powered by a  2.26GHz Qualcomm Snapdragon 800 processor. Nexus 5 is also thought to be a bit smaller than the Nexus 4 in spite of having the larger screen. Both Android 4.4 and Nexus are said to be released on October 14th. If Oct 14th is indeed the release date it would put Nexus 5 very near the rumored release date of the iPad mini 2.

However if Google is indeed planning to unveil Android 4.4 in October they will plan a event so that the product can be released properly. One way or another we should receive confirmation  soon as October is just around the corner.