Adobe working on tablet version of Lightroom with RAW support

Adobe is working their way out of desktops and going into more depth with Tablets for supporting its Lightroom software which has got much fantastic reputation over the few years from the photographic society.

Tom Hogarty of Adobe who runs Lightroom team has demonstrated an earlier version of an app which was built to enable users to edit the advanced RAW images using it on iPad 2. This was represented focusing on web video series which was named as The Grid. 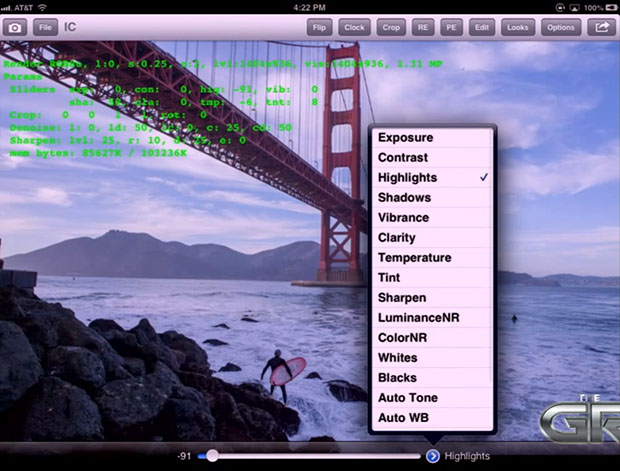 As far as we’re concerned with the “demo”, the primary tablet app has shown some features like editing some elements of RAW images like highlights, shadows, sharpness, white balance, exposure etc. which were informed by CNET. Users will also be allowed to zoom in 100% to see the focusing of the images perfectly with other in-depth details.

But, Hogarty have not spoken anything on the release of this app. He didn’t say whether it would come for Android users or not. We’re not sure about engaging this app in Adobe’s Creative Cloud Suite as he hasn’t said anything about it either.

We’ve seen Photoshop for tablets from Adobe which lets the users edit images in various platforms like Android, iPhone, iPad etc. This app doesn’t allow the users to process RAW image file although there’re other RAW editors in the iOS platform. These editors differ from Lightroom’s simple interface and processing model. With the unveiling of an app that can edit RAW image files on any tablet can increase the chance of using tablets in the Photographic Society.

HTC M4’s Picture and Specs Leaks: Regarded as the ‘Downmarket’ Cousin of HTC One

HTC M4's Picture and Specs Leaks: Regarded as the ‘Downmarket’ Cousin of HTC One